The Importance of Fair Lending Due Diligence in M&A Deals

A critical part of the approval process for bank mergers and acquisitions (M&A) is the regulatory review by the banks’ prudential regulators. The M&A approval process is different now post-COVID because many financial institutions had branches close. Due to closing they lost key management and employees which, not surprisingly, resulted in compromises to otherwise strong compliance programs. Many community banks that struggled during the pandemic and were negatively impacted financially may be deciding to exit the market completely or may be looking to take advantage of an opportunity to merge in what appears to be an active M&A market during the close of 2021 and leading into 2022.

Even during the pandemic, the messaging of U.S. banking regulators remained clear, that “due to the increase of compliance risks in M&A, banks are still responsible for complying with fair lending laws.”  Like many other industries, the financial services industry was severely impacted by the pandemic. The capital position of many banks shrank significantly and, in some cases, transactions were placed on hold pending stabilization of the market. Some banks struggled to remain open and became attractive targets for M&A. As such, fair lending due diligence in these transactions is of utmost importance. Now that compliance with fair lending laws and the Community Reinvestment Act (“CRA”) have become even more critical in the wake of the pandemic, the question is -- what can a bank do to prepare?

A typical M&A due diligence can be rigorous enough without having to deal with unknown compliance issues that were not previously apparent. One of the most condemning revelations during an M&A negotiation or due diligence is the discovery of compliance failures relating to the targets fair lending record, potential redlining, or failure to comply with the CRA. Without prior notice of fair lending-related issues, a target bank’s valuations may be inadvertently inflated; this can possibly jeopardize their position in the deal and may impact returns on the sale of stock for bank directors, officers, and shareholders.  Moreover, renegotiating deal terms causes meaningful delays among other costly consequences to the financial institutions on both sides of the transaction. Surprises in M&A transactions are usually the result of poor planning and never result in positive outcomes, particularly for executives who may be forced to take a step back from the negotiation table to more deeply evaluate the bank’s compliance program. In the worst case, executives potentially revise representations and warranties made, if they are not already in breach.

The Federal Reserve Bank, the Office of the Comptroller of the Currency, and the Federal Deposit Insurance Corporation are among the financial regulators that approve bank mergers. During this process, the Federal Reserve Bank considers “the convenience and needs of the community to be served.” In doing so, regulators will look at the bank’s records for compliance with fair lending laws and evaluate whether the bank has served low- to moderate-income (“LMI”) communities under the CRA. Low CRA performance indicators adversely affect regulators’ view of the viability of a merger based on compliance or performance risk and generally they take action to delay or disapprove of the transaction or future transactions until the bank has demonstrated a lower degree of compliance risk.

There is usually no quick fix or easy cure for this problem. There are an unlimited number of examples, even pre-COVID, of how a poor CRA rating can negatively impact a bank’s ability to engage in M&A activity.  Because these are huge impediments to progress for banks looking for relief through M&A, it is something that bank boards and management monitor. Evidencing the long-term impact of unknown compliance failures in an M&A context is one FDIC-chartered regional bank that had its CRA rating downgraded in 2016 from “Satisfactory” to “Needs to Improve.” The stamp on the FDIC-chartered bank’s record and future plans was evidenced in the bank’s Form 8-K disclosures that included representations that the retroactive downgrade would make it unable to obtain approval for two pending mergers until its CRA rating had improved.

Non-compliance with fair lending laws can also lead to expensive lawsuits that can significantly delay the M&A process. Aside from the costs associated with delays generally, delays could also ultimately lead to the payout of large termination fees if the deal does not close. In October 2021, the Consumer Financial Protection Bureau filed a complaint and consent order against a prominent regional bank. The complaint alleged that “[the bank] engaged in redlining practices that denied loan services to applicants who live in majority-Black and Hispanic neighborhoods.” It was further alleged that the bank acquired several branches in certain neighborhoods but "failed to establish an oversight committee to oversee fair lending until 2018.”  The outcome of this case could result in the bank paying a multimillion settlement due to its violation of fair lending laws. More recently, in Indiana, there has been pressure on the Federal Reserve to look closer at a potential acquisition. The Fair Housing Center of Central Indiana (FHCCI) filed a complaint against one of the parties to a merger that alleges that the bank “has not done its due diligence in making sure it is compliant with fair lending laws.” Deal termination, lost opportunities, huge penalties and fines, and reputational damage are all potential trailing consequences when there are fair lending compliance failures in an M&A transaction.

As banks contemplate a merger, it is prudent to be proactive and undertake a gap analysis of fair lending programs; in particular, ensuring that any issues identified in prior examinations have been remediated. In larger M&A (with compliance risks), the public has the opportunity to comment. Negative comments and feedback about a merger can either prevent or delay regulatory approval of a merger. Going into a deal with confidence and a strong valuation is easier if banks invest in early health checks on their compliance and fair lending record. This can take the form of conducting a targeted review of a statistical sample of loans, reviewing complaints, and proactively remediating examination-related issues. Targeted samples will help banks to identify patterns and practices of discrimination such as redlining in LMI communities.  Other efficient methods for uncovering compliance issues include reviewing HMDA data as well as reviewing the fair lending compliance audits of acquirers and target companies. These methods will typically identify any high risk areas that could attract regulatory scrutiny like impermissible redlining practices or fair lending and CRA violations.

There is no doubt that compliance risk is critical in the merger process. Shareholders should not need to worry about entering the market and being hit with regulatory penalties and a damaged reputation. Instead, the target can focus on getting the best price for the company. Proactive, thorough, efficient fair lending due diligence may be the key to a better valuation and a closed deal. Banks should seek the help of consultants and lawyers with a strong understanding of fair lending and be equipped with the well-needed confidence to negotiate more favorable terms of a merger. 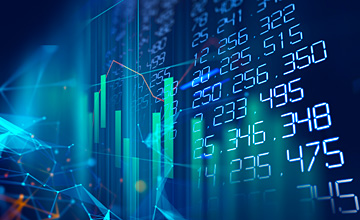